I would like to continue the paragraph of my last post. Unfortunately, I had to go to a party; not as fun as writing about fluids. As I previously stated, fluids describe a collection of particles that are not held together by a fixed pattern. Non-fluids are solids, which occur when the kinetic energy of the particle majority cannot escape the electromagnetic pull of itself.

In chemistry, you learn three natural states of matter: solid, liquid, and gas. If matter occupies one natural state, it can move to another state through what is called a phase change. These phase changes occur when heat is transferred in or out of a substance [enthalpy], which seems legit. The real kicker is when you find out that temperature doesn’t change during a phase change. Here is an analogy which will help you understand why: 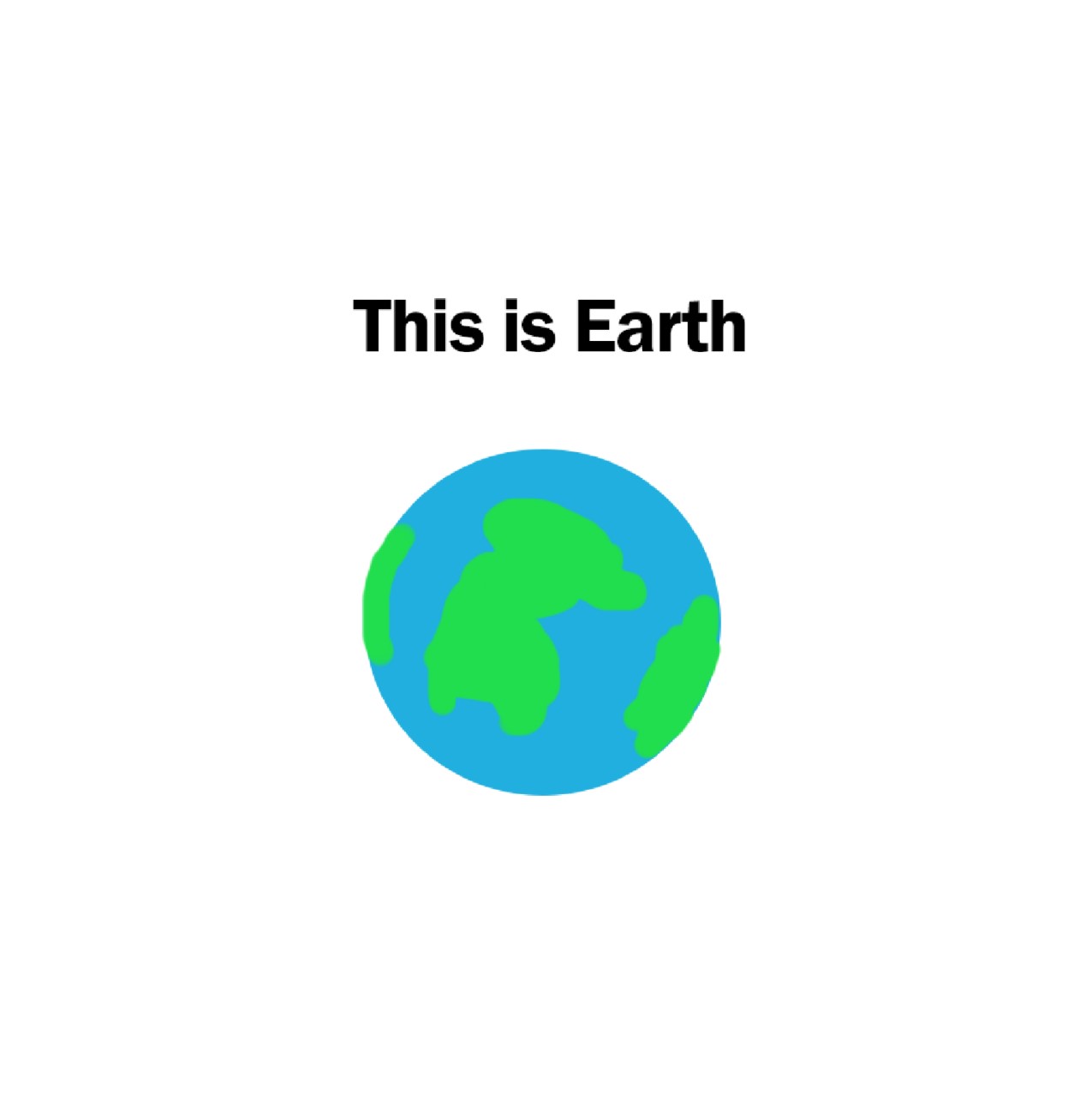 Earth is a big collection of matter. All of the water, trees, mountains, rockets, and people have a gravitational pull on one another that holds everything into a ball. Now, check out this rocketship: 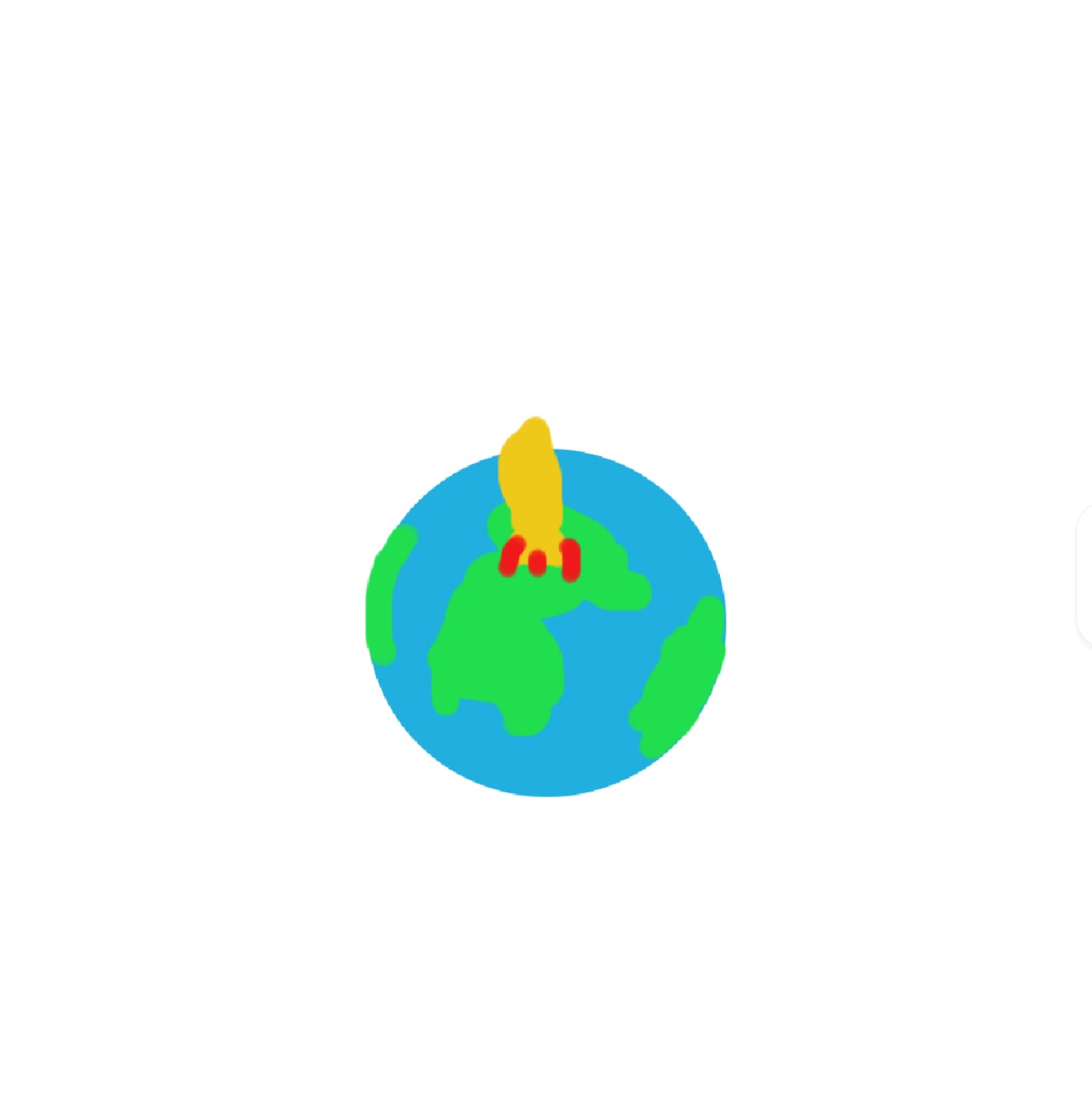 This rocket is a small object stuck on the planet because it doesn’t have enough kinetic energy to escape gravity. Now, let’s give the rocket some fuel so it can gain the kinetic energy necessary to leave Earth’s surface: 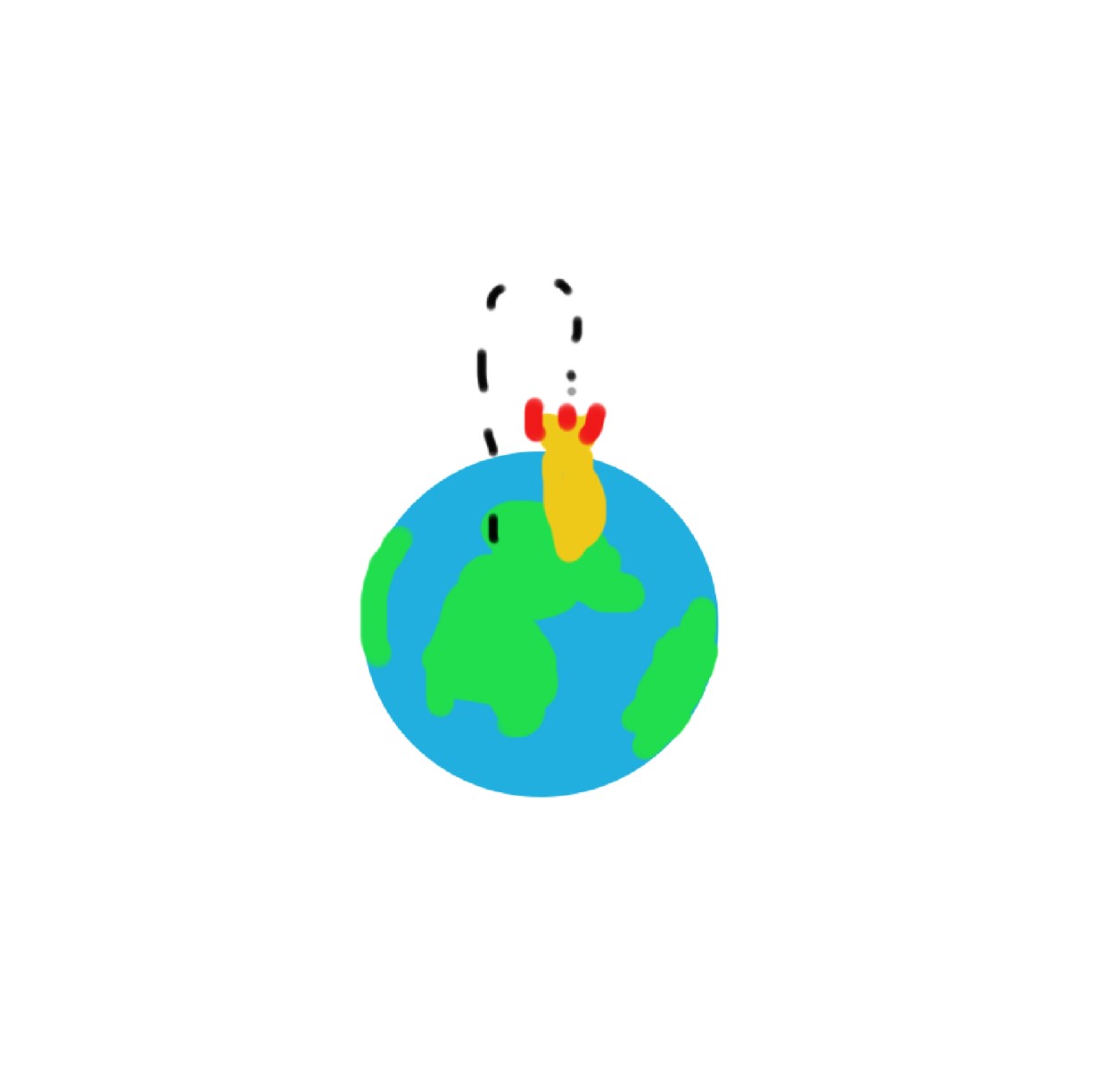 Oh no, the added energy was not enou- 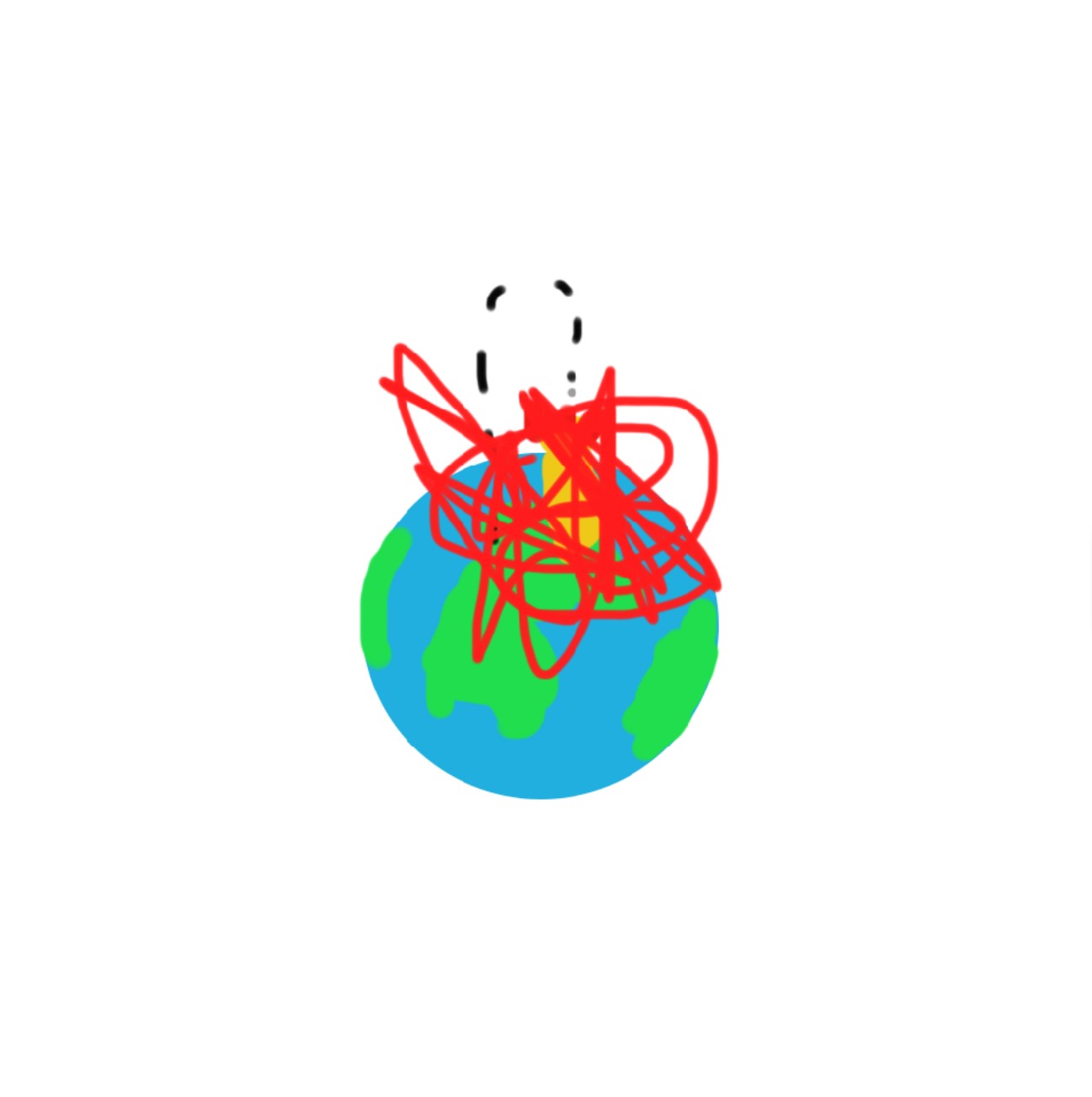 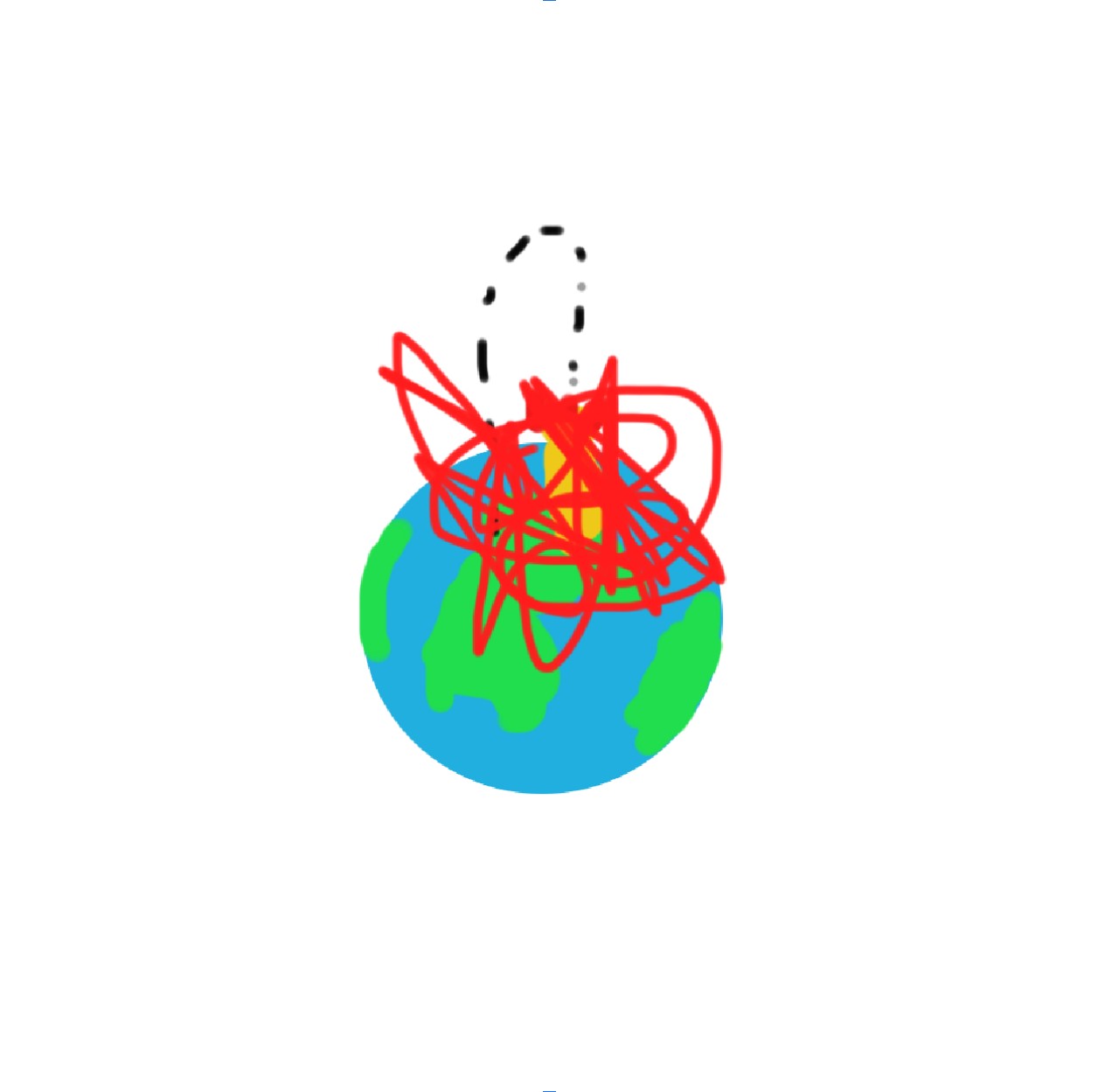 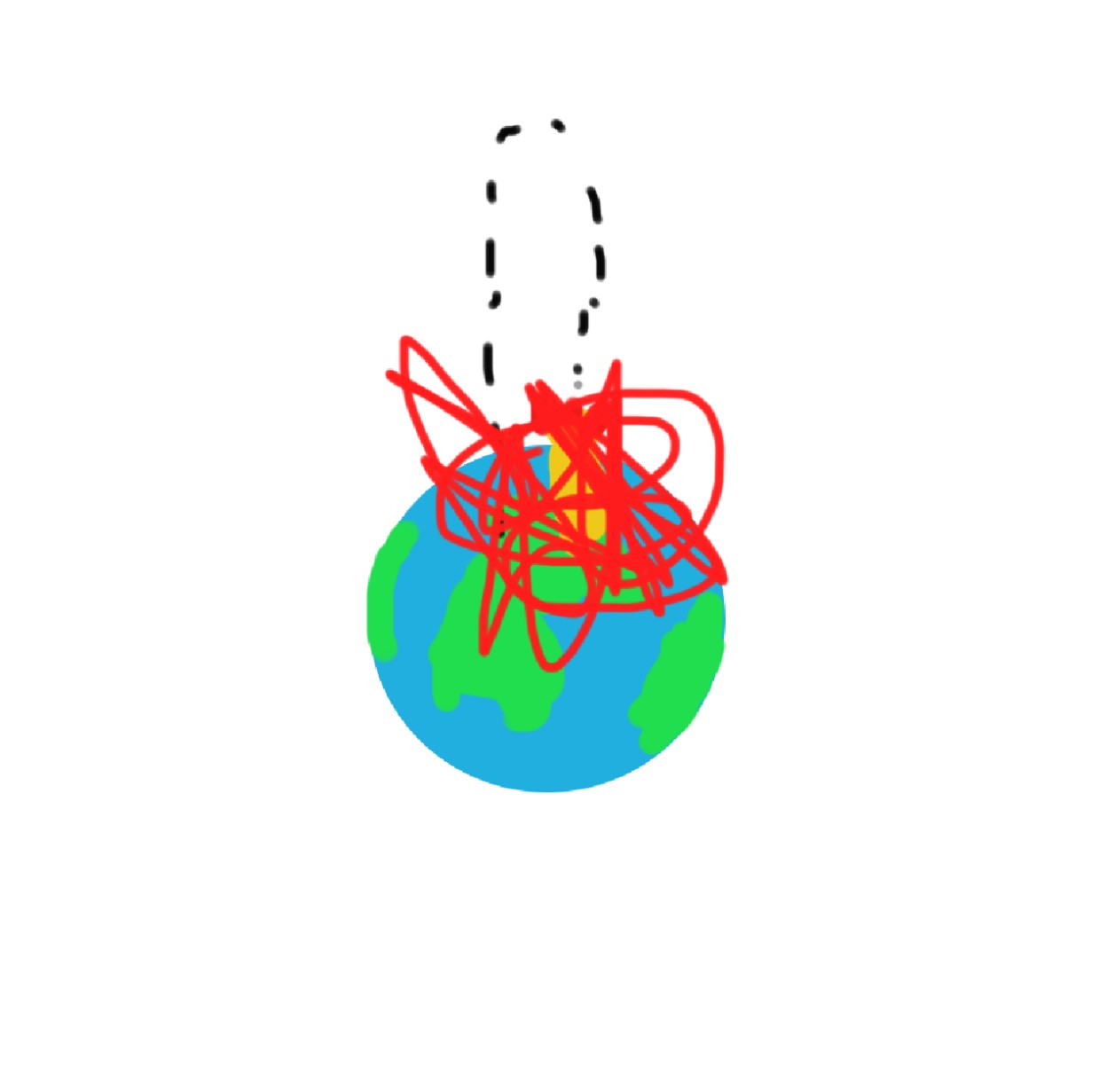 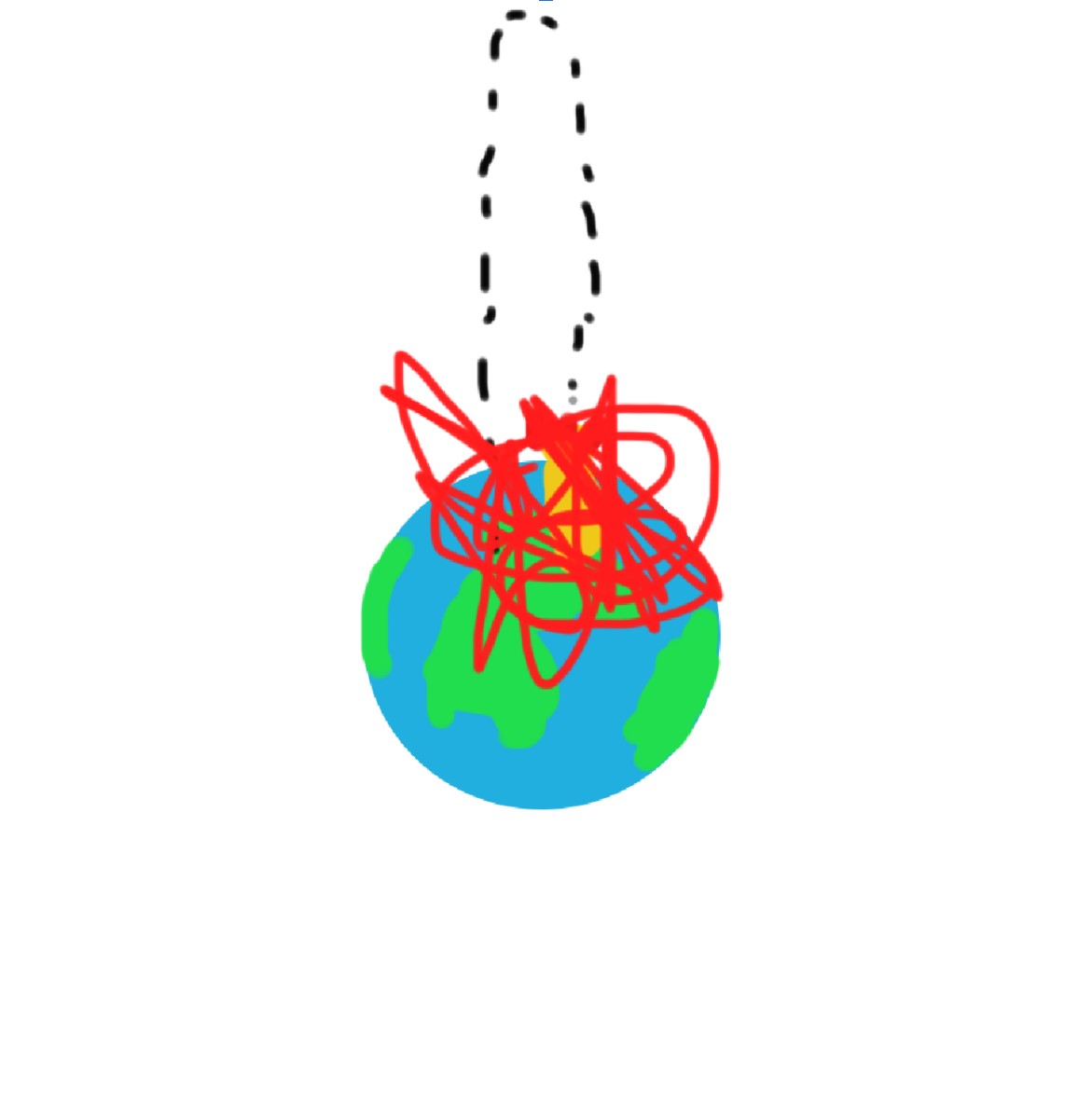 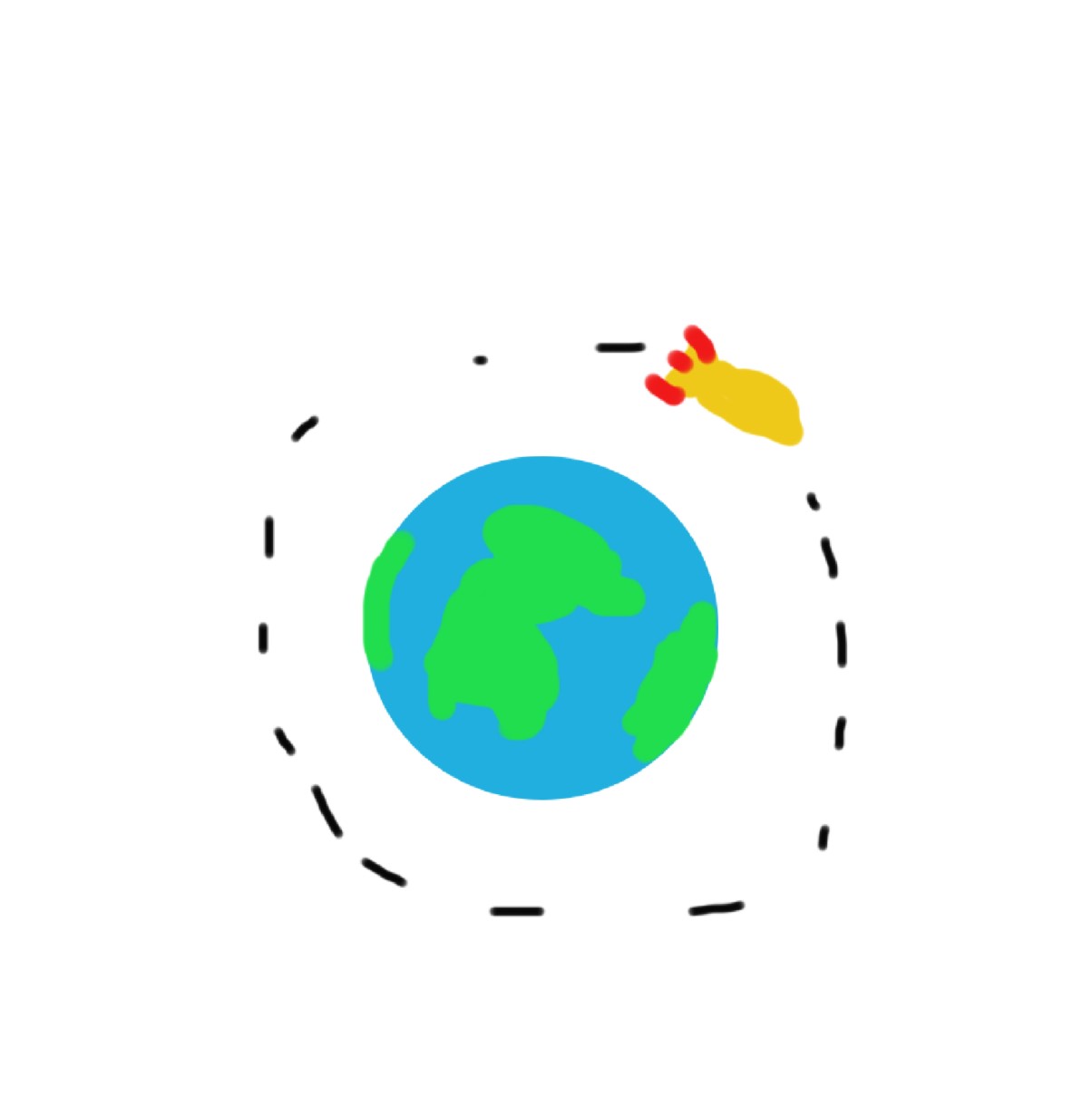 Ahhh. That’s better… No explosion - and we are in orbit!

… so, now what? Well, we should get everything else in orbit too. Let’s keep adding energy! 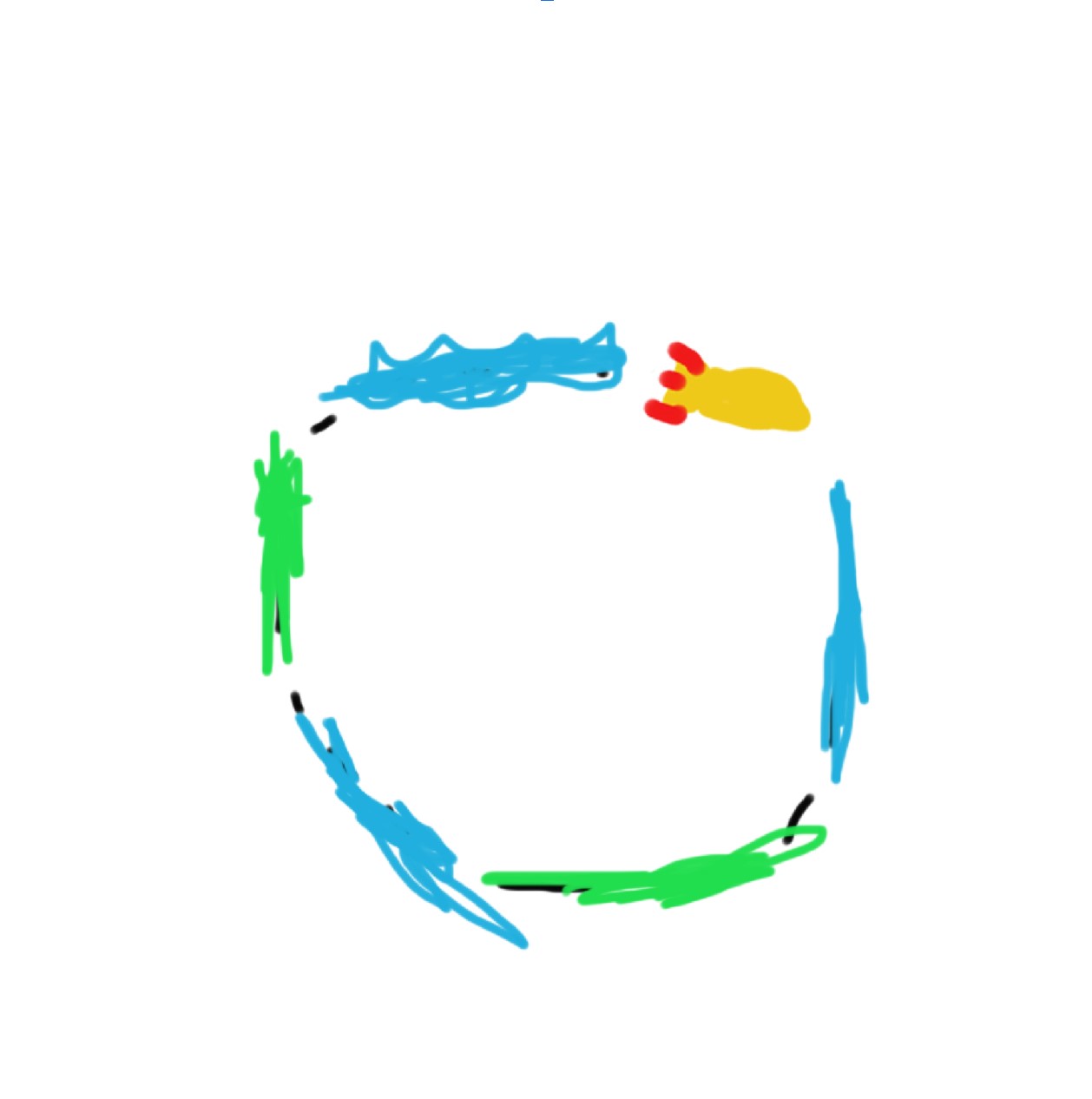 Now the entire Earth is an asteroid belt spinning about its center of mass. The rate of collisions from the unsuccessful escapes happening on the surface to the rate of successful escapes of the surface stayed equal as the phase change was occurring. Therefore, the average kinetic energy of the matter stayed constant since the increase of kinetic energy of explosions on Earth cancelled out with the increase of potential energy of matter entering orbit.

As we add more energy to the system, lighter objects like the rocket will collide faster with mountains and other junk: 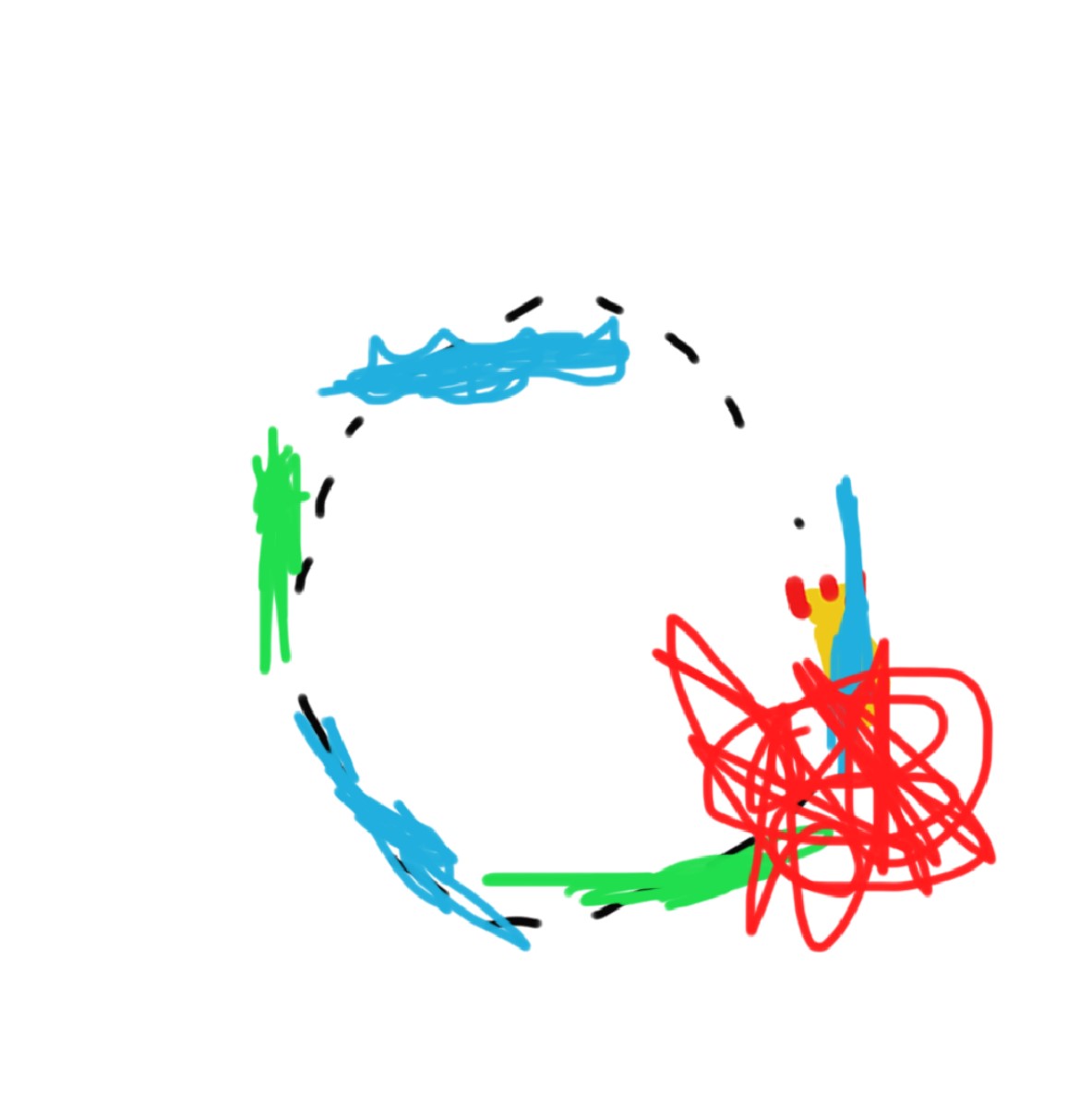 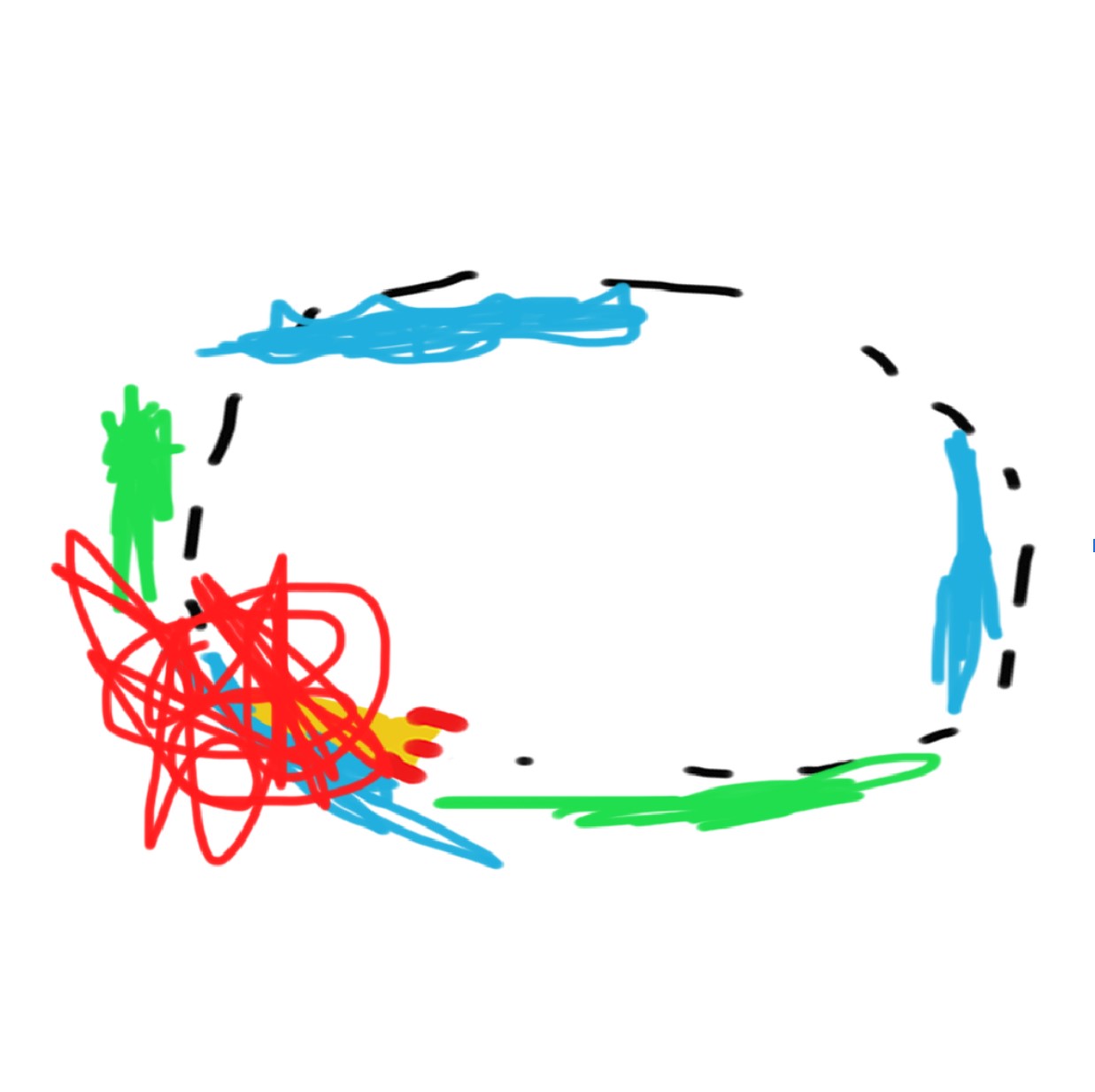 As we keep adding energy, the accelerated matter increases the orbit radius. At the same time, lighter objects store more energy in their velocity according to K = ½ mv^2, which parabolically increases the frequency of collisions between masses of dissimilar magnitudes. 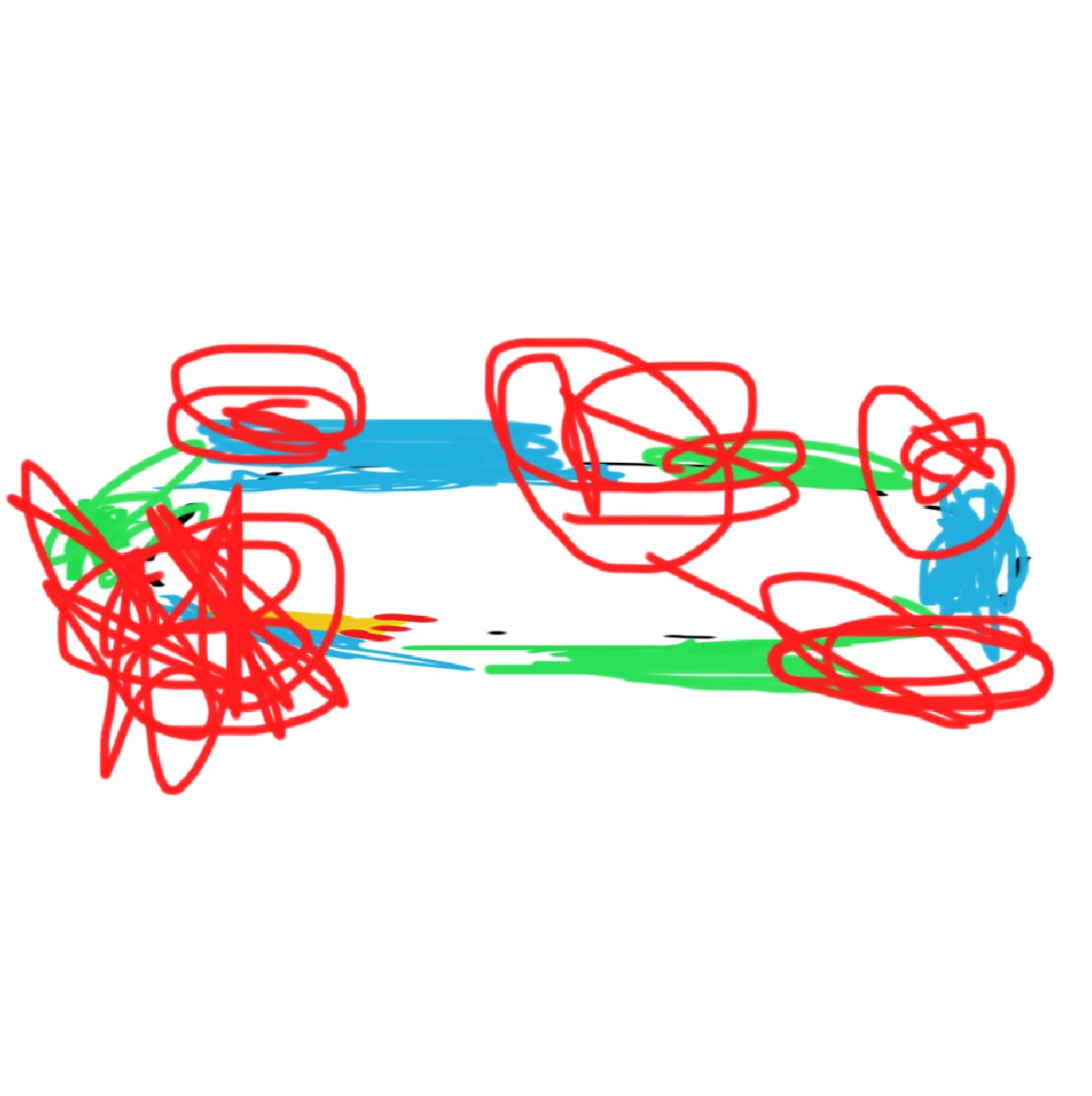 Eventually, the center of mass is not enough to hold it all together… 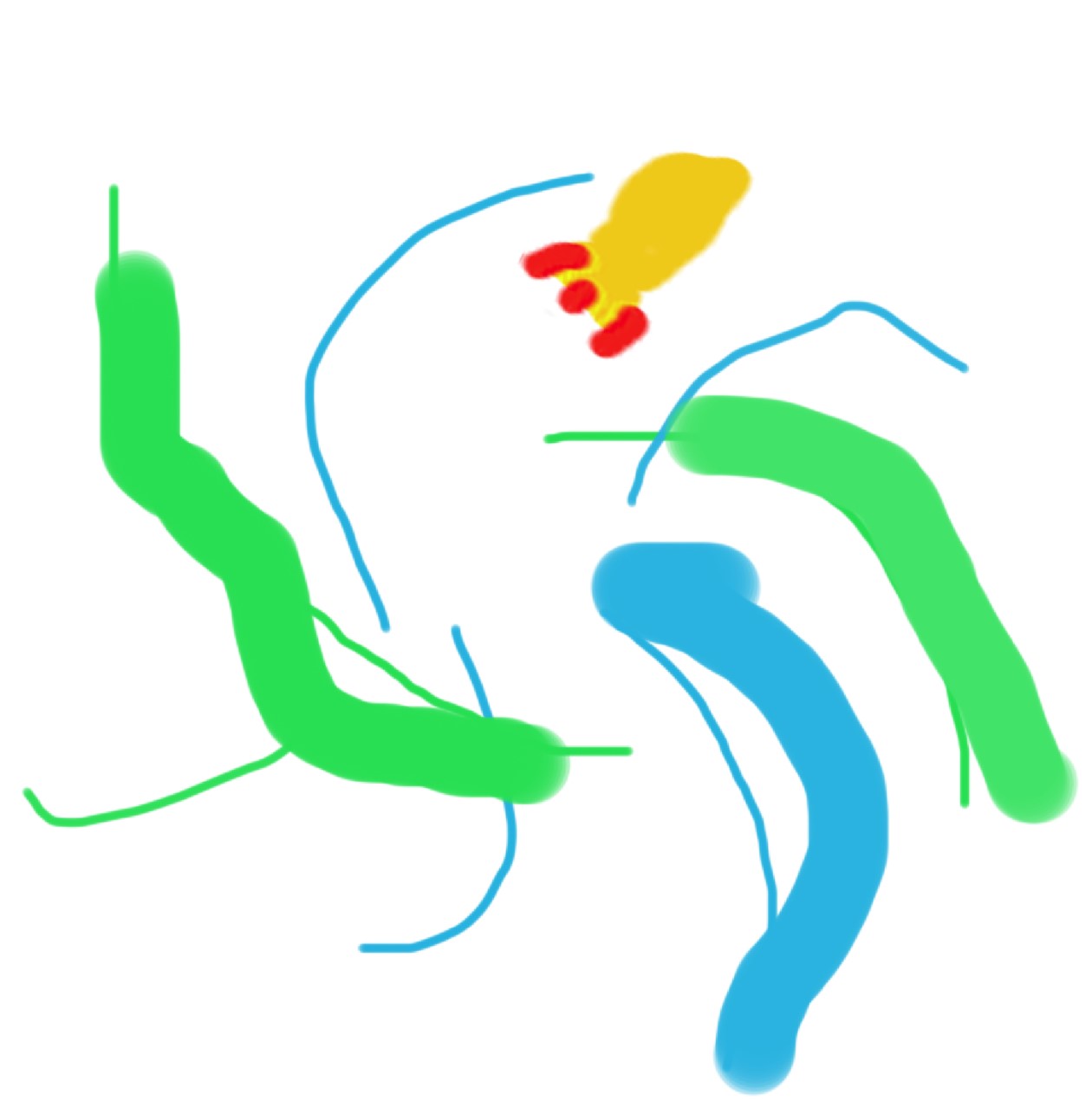 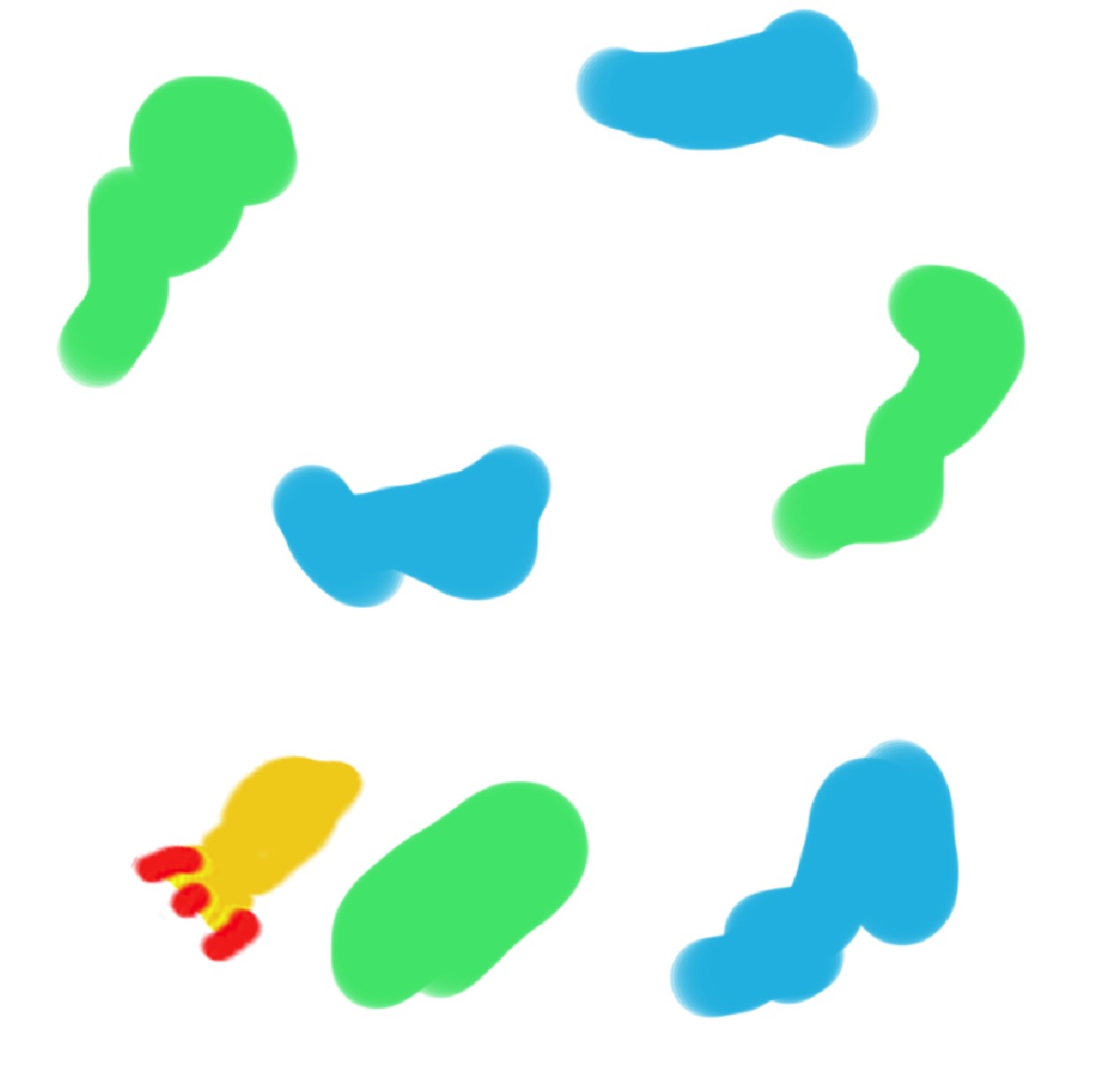 A complete mess. All of the matter moves at incredible speeds with large gaps in between while demonstrating even less order in its motion. As we add more energy, even more collisions occur. 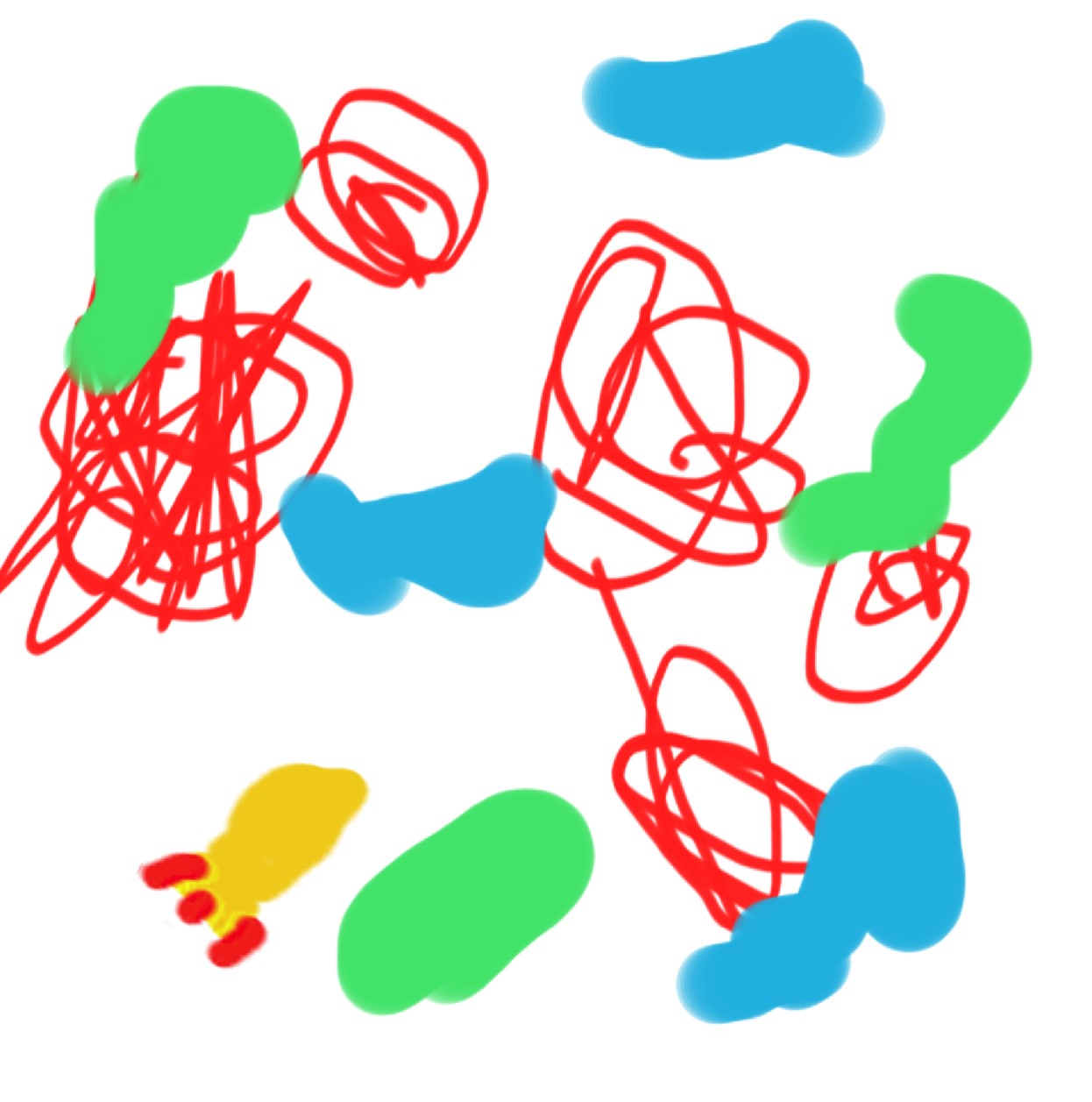 To make sure you are still on board: gravity is electromagnetism, the stuff is atoms, the planet is the solid state, the asteroid belt is the liquid state, and the complete mess is the gas state.

As we heat (increase enthalpy) a substance in a solid phase, we are attempting to remove particles by increasing their velocity. Before a phase change begins, the added velocity only contributes to higher collision rates and speeds, which makes for a higher temperature. When the velocity of an ample set of particles can break free of electromagnetic forces holding them together, the increase in kinetic energy of the solid works in tandem with many particles leaving to keep the average temperature constant; this is phase changing.

Many don’t understand the difference between the two natural fluids: liquid and gas. Look at the liquid analog phase again (the asteroid belt), the ellipse formed by the matter had a constant area regardless of what temperature the belt was at. When the state turns to a gas (the complete mess), the area of the matter could increase indefinitely. So, here is the true delineation between a liquid and a gas: 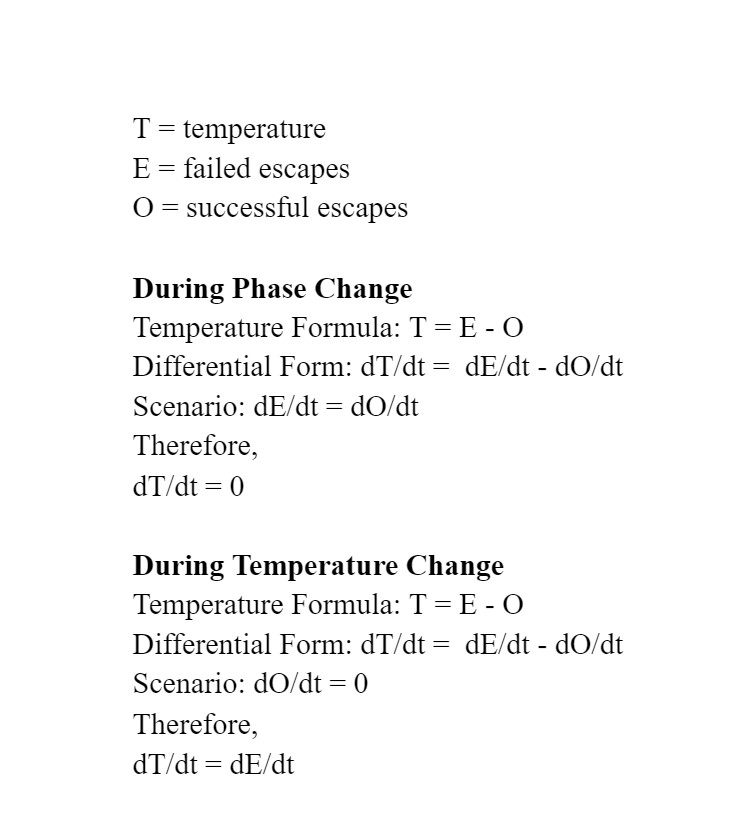